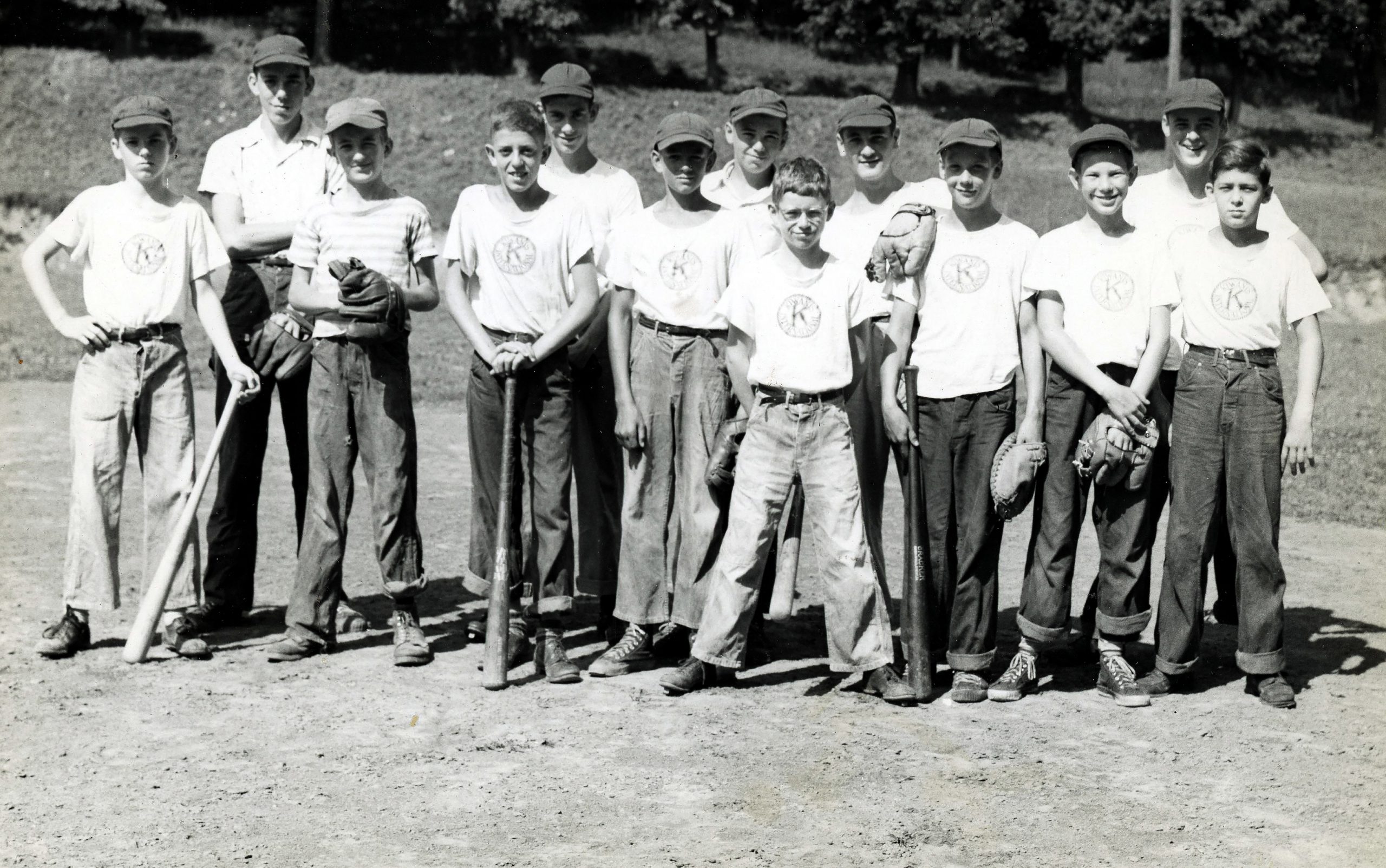 Junior League baseball began after WWII in Staunton thanks to Frank Schaffer, a member of the Staunton Kiwanis Club and a number of other interested civic minded leaders. In 1946 the Kiwanis Club took on the responsibility of running the program, and we haven’t stopped since.

In 1984 the program affiliated itself with the national Babe Ruth Baseball program.

We estimate that nearly 25,000 kids have played Kiwanis baseball in Staunton and a few have gone on to play in the major leagues. Many became names known to most around town, and two from the early years are still members of the club, Judge Rudolph Bumgardner III and Dr. James Cooke, shown here with New York Yankees star Phil Rizzuto in 1949. The city is also indebted to the Bosserman family. Ken Bosserman has been the backbone of Staunton baseball for decades. He currently serves as the Commissioner of the Babe Ruth District 4, the southeast region.

The Kiwanis Club of Staunton sponsors our community’s youth baseball program with the mission of providing a safe, instructional, and fun baseball experience for children ages 4 through 12 who live within or attend school within zip code 24401.

Kiwanis Baseball is an all-volunteer program. We rely on the support of families, local businesses, and community organizations. We are chartered under the umbrella of Babe Ruth Leagues and are part of Babe Ruth Southeast Region, District 4.

We have three fields in Gypsy Hill Park’s Kiwanis Field, Bosserman Field, and Jerry May Field. Jerry May was the first Kiwanis player from Staunton to make the majors. He played from 1964 to 1973 with the Pittsburg Pirates and Kansas City Royals. He was a pitcher in his youth, but the Pirates converted him to a catcher. He was known for his defensive skills and strong arm.

Play ball! Is baseball and outdoor fun in your child’s future? Sign up to play.